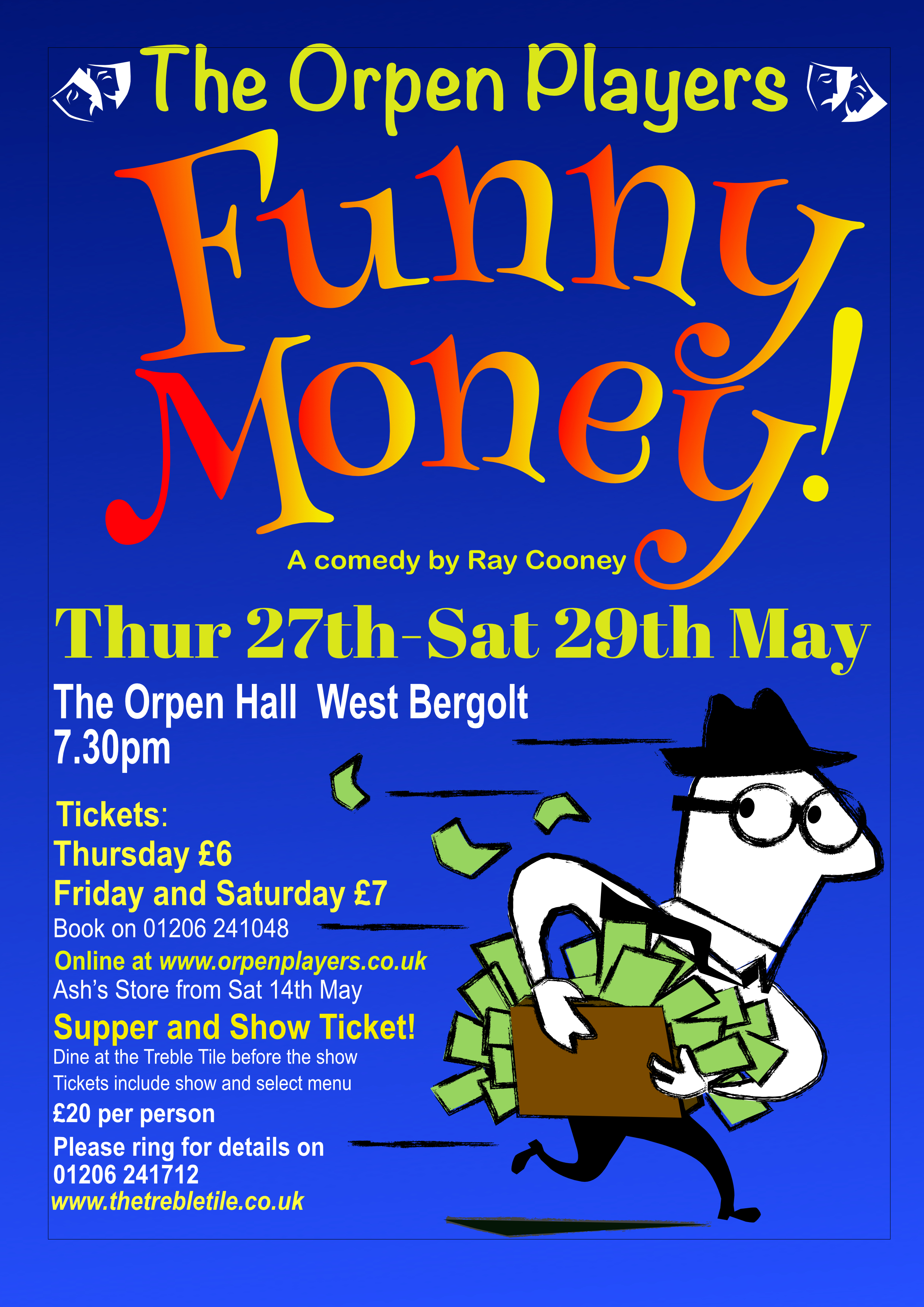 This is a play that everyone can relate to. What would you do if you picked up the wrong briefcase on your way home from the office? Take it the police, of course. But what if the briefcase contained nearly a million pounds in used banknotes? Well, what Henry Perkins did is the hilarious story of the play! Suffice to say that Henry’s wife ends up with a nervous breakdown, Henry ends up with his best friend’s wife, and a drug dealer ends up with Henry’s briefcase. There are also two policemenband a taxi driver whose lives will never be the same again. Funny Money is directed by Chrissie Kettle  with the following cast: